Continuing his work spreading the insights from the Decolonizing the Mind framework, and promoting and distributing books of the DTM book series edited by Sandew Hira, Arzu Merali and himself, Stephen Small made a recent visit to Brazil (March 22 – April 2) and gave several lectures. He was accompanied by Graduate Student Robert Connell who also gave presentations.

In Rio de Janeiro, Prof. Small visited the Federal University of Rio De Janeiro, where on Thursday, March 23, he gave a lecture on ‘Theorizing Black Europe’ to a packed audience of professors and students. He was hosted at the Federal university by Professor Amilcar Pereira and Professor Monica Lima. This paper is based on research for his book – 20 Questions and Answers on Black Europe, which will be published later this year. Professor Small also gave a lecture at the State University of Rio De Janeiro, hosted by Professor Joao Feres. He presented a similar paper, but this time it was primarily for graduate students (and professors), mainly completing Master’s Degrees or PhDs in social science. In both talks he received a wide range of questions about Black Europe, about Decolonizing the Mind and about similarities (and differences) in the ways colonialism and imperialism have impacted Brazil, as compared to the nations of Europe.

Professor Small then went to the northern city of São Luís do Maranhão where he gave four lectures in the two-week intensive seminar – ‘The Factory of Ideas’ (Fabrica De Idees), organized by Professor Livio Sansone of the Federal University of Bahia (Salvador). This two-week seminar has existed for more than 20 years, founded and organized by Professor Sansone. It typically brings together more than 40 participants (professors and graduate students) from across Brazil – and from other nations in the Global South (like Mozambique, South Africa, India, Columbia and Cuba) for an intensive study of race and ethnic relations. Themes for the seminar vary each year. This year’s theme – and the focus of Prof. Small’s lectures – was ‘Heritage, Inequality and the Politics of Culture’. Scholars from Germany (Dr. Prof. Dmitri van den Bersselaar), Senegal (Prof. Ibrahima Thiaw), from the Federal University of Bahia (Prof. Jamile Borges) and the State University of Maranhão (Dr. Carlos Benedito Rodrigues) and others gave several lectures on a variety of topics pertaining to the seminar’s themes. Prof. Small’s lectures covered the legacies of colonialism and imperialism in museums and communities across Europe.

Prof. Small also gave a public lecture on the politics of culture – ‘Reggae Music: Jamaica’s gift of Black Consciousness to the world’ – in which he articulated many of the ways in which the politically-inspired lyrics of reggae musicians from Jamaica provide a path to question and challenge the colonized education of western universities. Drawing on some of the top reggae performers in Jamaica – from Bob Marley and the I-Threes, Burning Spear and Mutabaruka, to reggae performers in Europe – like Aswad, Steel Pulse and Linton Kwesi Johnson in England, and Lord Kossity in France’  – he emphasized how knowledge production outside the academy provides an antidote to the distorted and biased teachings on colonialism and its legacies of many academic scholars. The talk received a standing ovation. This was an important confirmation of its relevance and appeal – especially in light of the fact that São Luís do Maranhão is popularly known as the ‘Reggae Capital of Brazil”.

The DTM framework was central to all Professor Small’s presentations and he found that professors and students – and in the public lecture, many people from the broader community – welcomed and applauded the insights provided. During the talks a number of DTM books were sold – at highly discounted prices, given the economic problems confronting many of the students in Brazil. And at the Federal University of Rio de Janeiro, several books were provided free of charge – via a random lottery system organized by Professor Pereira and Lima.

During the 10-day visit – arrangements were made for future visits, and for the possibility of producing books on a range of topics in Brazil and across South America.

Rob Connell, a doctoral student in the Department of African American Studies at the University of California Berkeley, accompanied Professor Small in Rio de Janeiro, and then went on separately to visit the Federal University of Bahia, in the city of Salvador da Bahia in northern Brazil. He was hosted at the federal University by Professor Angela Figueiredo, in the Anthropology department at the university, and a specialist on Gender and Black women in Brazil. At the Federal University, Rob gave a lecture on Maroon Communities, drawing on data and insights from his soon to be completed PhD. in African Diaspora Studies. A group of professors and students attended the lecture and engaged in a discussion with Rob about the similarities and differences between maroon communities in Brazil, (called ‘Quilombos’) and similar communities in Jamaica and Suriname, where Rob has completed his fieldwork. Rob’s work focusses on contemporary Maroon communities and their struggles for sovereignty and independent around state practices and resource extraction. The maroon communities in Jamaica and Suriname both exist on land that has valuable mineral resources and the government of each nation, each of which both recognized Maroon sovereignty, have been refusing to continue such recognition because they seek access to the minerals.  Rob will complete and submit his dissertation later this year. And this visit to Brazil was the first step in the development of his future research after he completes his Ph.D.

Phot report of the tour in Barzil 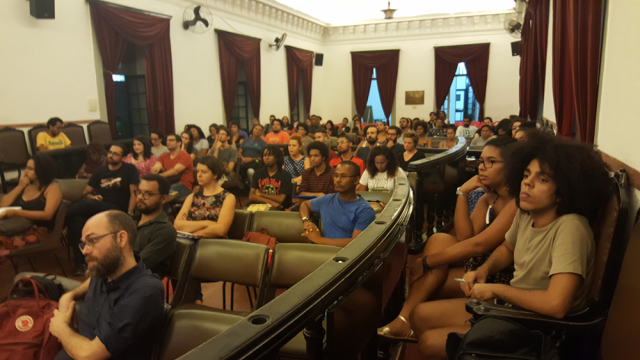 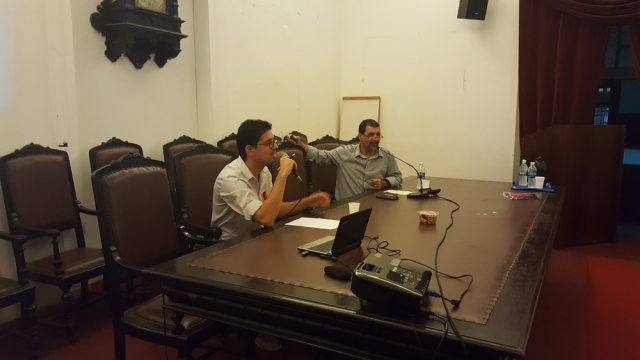 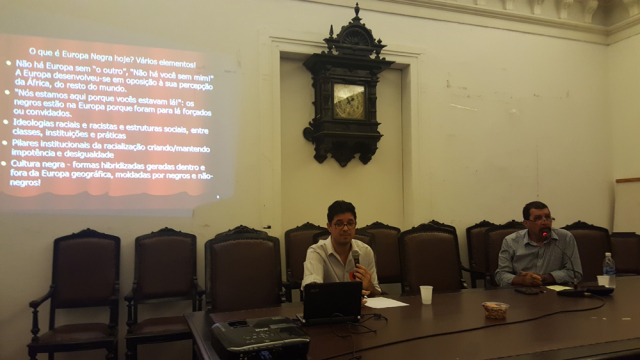 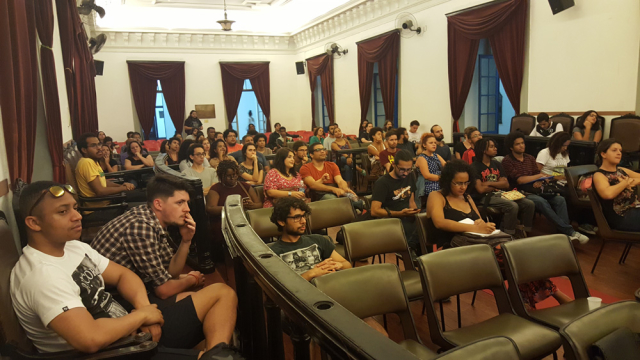 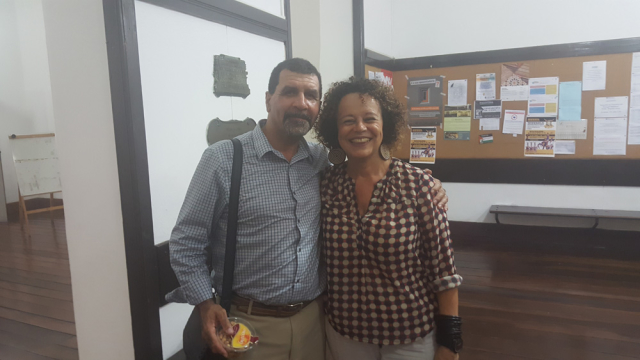 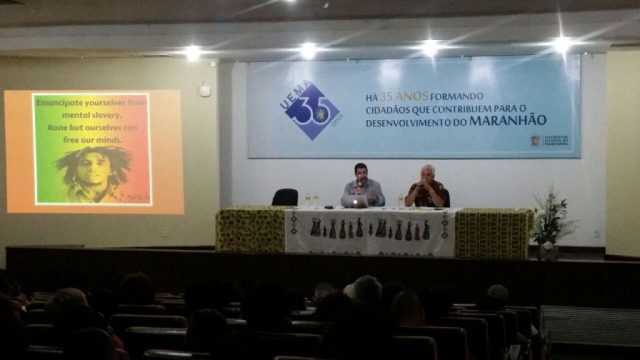